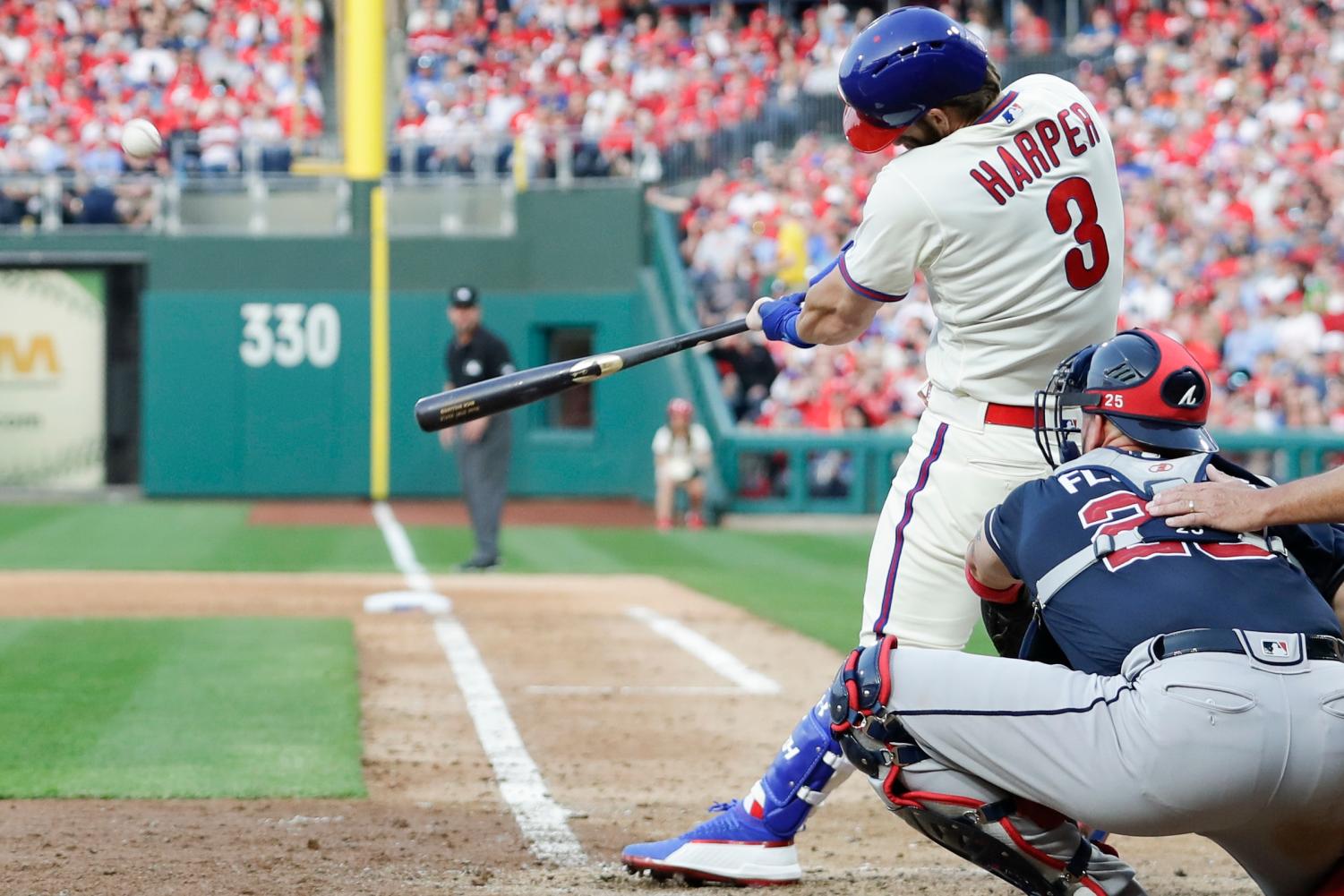 Bedlam at the Bank: The Phillies’ Dream Playoff Run

On October 3rd, the Philadelphia Phillies beat the Houston Astros 3-0, securing their spot in the MLB playoffs for the first time since 2011. Philly fans everywhere were overjoyed to see their team back on baseball’s biggest stage. But little did we know, that win was just the start of a magical run for the underdogs from the City of Brotherly Love. Led by electric hitters throughout the lineup and a red-hot pitching staff, the Phillies charged their way to the World Series, where they faced the Astros once again. The Philly Faithful suffered through over a decade of mediocrity, of promises of “next year” to get to this year, and it has lived up to and even surpassed the expectations.

The Phillies’ Cinderella run started in St. Louis, where they faced the 3-seed Cardinals. Considering the Cardinals’ extremely strong defense and experienced roster, the Phillies were considered underdogs going into the series. However, a six-run ninth inning led to a comeback win, which was followed by a 2-0 win powered by a phenomenal performance by Aaron Nola to clinch the series.

This red-hot Phillies team moved on to play the Atlanta Braves, who were an absolutely dominant force during the regular season. The first game of the series saw the Phils steal a win in Atlanta, due to a phenomenal game from Nick Castellanos. They went on to lose the second game in Atlanta, but later proved that they were essentially unbeatable at home, winning two straight games to upset the defending World Series champions and secure their spot in the National League Championship Series.

In the NLCS, the Phillies found themselves matched up against another underdog team in the San Diego Padres, who fought their way through two 100-win teams in the Mets and Dodgers. San Diego’s group of young stars was intimidating to many Phillies fans, but the team remained unfazed, once again taking game 1 on the road. The Padres rallied back to win game 2, but the Phillies continued their dominance at home, winning games 3, 4, and 5 at Citizens Bank Park. Legendary performances from superstars Bryce Harper and Rhys Hoskins allowed Philly to continue their hot streak, punching their ticket to their first World Series performance in 11 years.

Philadelphia then found themselves locked in an intense World Series matchup with the Houston Astros. Houston had swept its

way to the World Series, not dropping a single game through their first two playoff series. However, the Phillies’ dream season tragically ended there, as they lost 4-2 to an absurdly talented Houston team.

Despite the heartbreak at the end of the road, this season was still an extremely special one for Philadelphia’s beloved franchise. For the first time in a decade, fans look forward to the next season with hope, knowing that we have a team capable of getting back to this point, and taking home the title. Even though we couldn’t get it done in the end, the Phillies are finally back, and the fans couldn’t be happier.