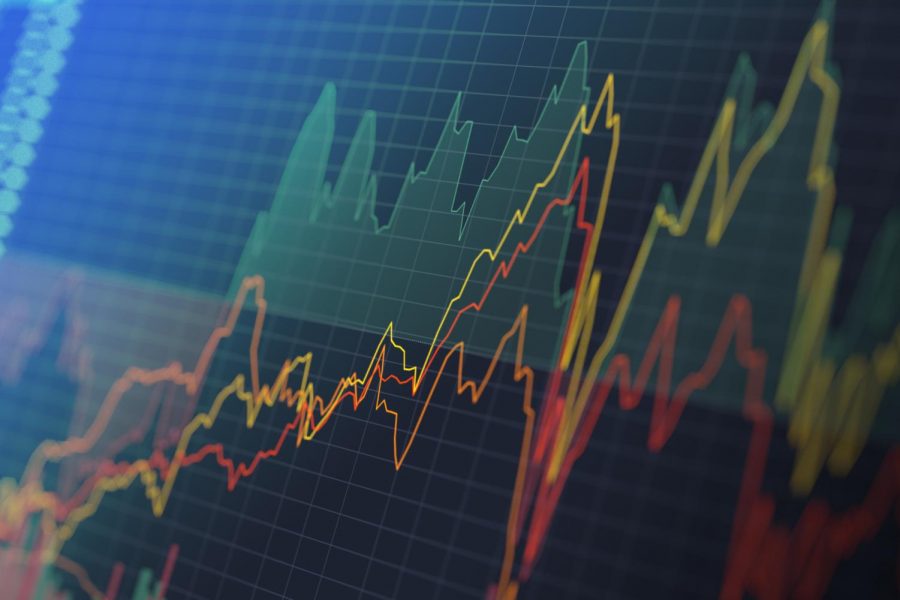 So what’s the deal with the stock market? 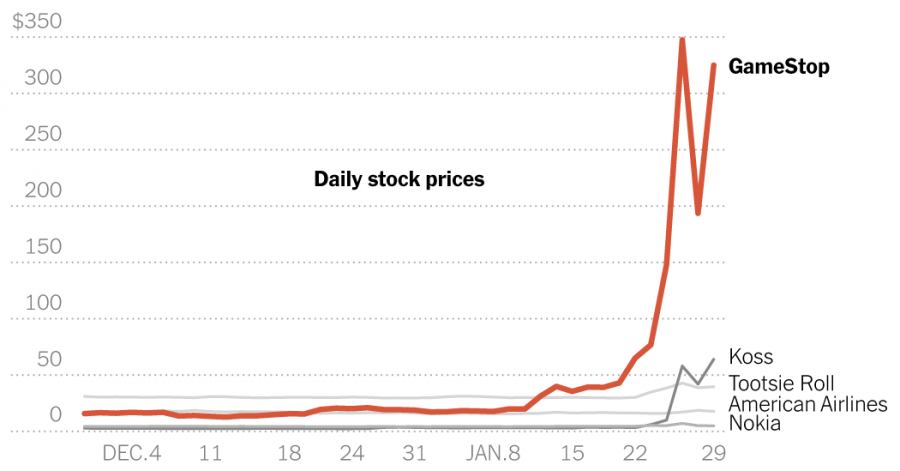 He presented an interesting perspective about the recent stock market situation. The discussion first began in looking at the big picture and why the event became so significant.

“In terms of what has happened recently, I think the event is gaining notoriety because it’s this classic ‘little guy versus big guy’ battle…these everyday non-professional investors…choosing to engage in the buying of particular stocks like GameStop and Blackberry and AMC…”

Mr. Allgyer expressed how the widespread investing in these stocks proved problematic for those who “had different financial evaluations of those same companies”. He demonstrated how the goal of investing in the stock market is to make “capital gains”, in either two ways. The first, was to buy low and sell high (the most common method) and the second, to take a “short position” and to sell high and buy low.

“So you have these two groups. You have the everyday investor who’s buying low and selling high, and in this case, these large financial firms including hedge funds…they’re betting that the stock price is going to fall…and these common investors are betting that it’s going to rise.”

Mr. Allgyer clearly illustrates here the fundamental cause of the conflict between common and professional investors over the stock of companies such as GameStop. However, he also addressed that the presence of social media makes the situation much more interesting.

He argued that online platforms like Reddit led to widespread collective buying up of “old” stocks, thus raising their prices and contradicting the predictions of professional market analysts and larger companies.

Mr. Allgyer claimed that members of these online platforms bought these stocks to not only make a profit, but to “stick it to the big guy”. I responded to Mr. Allgyer with a word I believed to help describe many of the stocks that people were buying up: “dated”. Many of the services and products of these companies were becoming less popular, less useful, or even a worse alternative to newer options. It would be reasonable to believe that the AMC stock would decrease in price given that AMC movie theaters aren’t open in most areas of the country. It also would be reasonable to see a decline in price of GameStop stock in that buying and exchanging video games is a service that already has been replicated and improved upon through Amazon and Ebay.

Mr. Allgyer illustrated the scale of the effect of the common investors on the stocks by referencing numbers. From December to the end of January, GameStop’s market value increased from 2 to over 20 billion dollars, an astronomical sum of money.

“Not only was that pushing the price up, but all of the people that had short positions, all of these professional traders, they were relying on the stock price falling, so they started scrambling”. Allgyer expressed how these firms bought more shares of GameStop and related stocks to minimize their losses (which in many cases were in the billions of dollars).

In addressing why the recent events in the Stock Market are important, Mr. Allgyer referred to the word “anamoly” in his answer. He claimed that the individual investor can make a difference in a big, complex financial system in which trillions of dollars are trading hands on a regular basis. He claimed that the “collective action” of the common person resulted in a big change in the market.

In addressing my next question on whether the use of social media in investing could be seen as manipulation of the stock market, Allgyer had to get some things out of the way first.

“Let’s start with this. I don’t believe what they did was illegal because all of the information they were trading on was public…there wasn’t any insider or non-public information that they were using to get an upper-hand. They…collectively decided they were going to buy up these shares of…“dated stocks”.

Mr. Allgyer also related the movement on social media to buy up dated stocks to financial advice columns and publications that have existed for years to show how it couldn’t have been illegal.

“How different is it that a company…can say to all their traders…here’s all the reasons why we think this company going to do poorly, or the opposite, they’re going to do well, and based upon this information, let’s go out, and buy a bunch of these shares, or sell a bunch of shares…We have the freedom to invest how we please, as long as we are trading based upon publicly available information.”

This considered, Allgyer did mention that there was malintent behind the widespread buying, to “get back” at some of the larger firms and professional traders. However, Allgyer didn’t see how this could be considered an illegal motive. In response, I proposed that this shared sentiment against the “big guys” could be a result of the sharp economic downturn of last year and how many of the aforementioned groups were seen as avoiding many of the related effects.

Mr. Allgyer also acknowledged that the actions taken could also be considered as manipulation by some when he referenced a statement released last month by the Security and Exchange Commission, the federal agency that regulates the financial system. He read from the SEC’s official statement on January 29th, stating that “extreme stock price volatility has the potential to expose investors to rapid and sever losses and undermine market confidence”.

Mr. Allgyer recognized that this could be a problem in that an innocent investor, unrelated to the online movement, could lose out by investing in GameStop. If they were unaware of the artificial increase, they would lose out after the inevitable decrease in prices. Although Allgyer recognized that risks are always involved, he said that this could still end up raising issues in the future.

Mr. Allgyer claims that ultimately the SEC is “in-between” on the issue in that they want to protect the freedom to invest and to protect the market as a whole from unexpected shocks.

At this point, the conversation transitioned into the ultimate benefits and drawbacks of the situation as a whole. In response to my concern that the rally present on online platforms currently may serve as a detriment to those uneducated and following the group mentality “just for the fun of it”, Mr. Allgyer sought to address what good and bad will come out of this situation.

“What are the ultimate…benefits and costs to this whole situation? The benefit is some average people made a fair amount of money…and that’s great, for people who come from modest means to be able to get a return on their investment, especially if they’re investing in a company that they actually care about. The other positive is that individuals can still make a difference in large systems, large institutions, and so forth. Politically, economically, socially, and whatever else.”

Mr. Allgyer looks towards the future to address some of the possible negative impacts of the situation. He stated that the share prices will inevitably go down, and many people, especially those who don’t regularly participate in social media and other forums will lose money. The other downside that was addressed pertained to the ideology of mass-investing.

I brought up the fact that another reason for many to invest many have been to help revive a company from their childhood. Mr. Allgyer agreed with me in that this would not be a well-founded reason to invest in that the chances of, for example, GameStop performing well in the future are slim. He also stated that there will be a “correction” in the future, in that the stocks will fall back to what they were.

As our discussion concluded, Mr. Allgyer talked about what we should keep in mind when looking at the recent events in the stock market and what to take away from it.

“You could have nothing change with a company, and it’s share price…skyrockets one day.”

Allgyer stated that the prices of a company do not reflect the state of that company. He related this fact to a common misconception among students in his AP Macroeconomics classes in that an all-time high in the stock market always implies a healthy national economy. He claimed we’re better off looking at jobs data, production data and inflation data to completely understand it, and that looking at the stock market only grants a limited scope of it.

In talking about the future of the stock market, Allgyer returned to the SEC and other private brokerage firms. He predicted that those agencies will likely push for increased regulation of the stock market to cushion the blow of, or even prevent further radical changes like what we’ve seen currently. He predicted that they will consider the regulation of the volume of trades that will be allowed to occur in a given day. He addressed the controversy of the trading app Robinhood shutting down access to GameStop stock to help illustrate how activity picking up in certain sectors of the economy could provoke corporate or federal intervention in the future.

Overall, discussing the recent events in the stock market with Mr. Allgyer was a very enlightening experience. I learned many new things about how the national economy functions, and how it is affected by seemingly unrelated factors, such as social media. 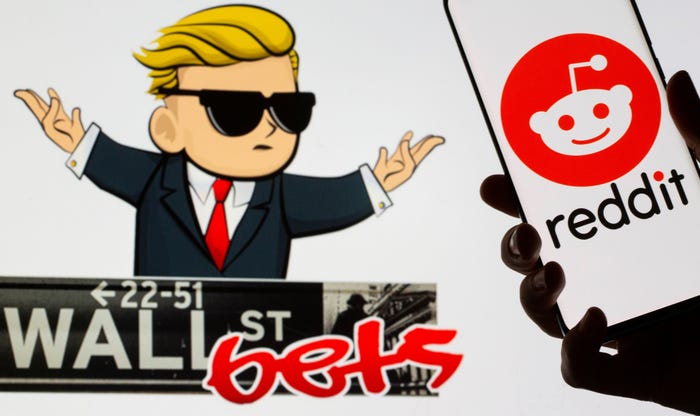 What is the Stock market?

Buyers and sellers trade shares, they have on companies (stocks) in hopes to benefit themselves.

Stocks are an ownership share of a company. This doesn’t mean that you get a parking spot, or have a job at this company, this means you get a percentage of the companies profits or losses.  For the common person, stocks are a way to gain money through common trades. They get a share of a company in hopes to earn a return on their investment, whether that’s through trades or dividends (payments from the company to shareholders). For a business, stocks are a way to raise money and grow their business.

How does the stock market work?

Buyers and sellers are constantly looking and observing the market to produce the most money for themselves. This is why money is constantly moving around in the stock market. Investors typically sell their stocks when the markets money is on a rise, or when they need to get out of a failing share.

Why is the stock market in the news right now?

The companies, GameStop and Reddit have been circulating when talking about the stock market, but why?

Recently GameStop’s stocks skyrocketed because of investors short selling (professionals borrow shares to sell but then buy back later so they can return them and still profit even if the market goes down). This is how GameStop was named a “short squeeze”. The most controversial point of this frenzy is the limits interactive brokers have put on buying and trading GameStop stocks. This has caused a lot of people to become disappointed and frustrated, some even have sued companies like Robinhood because of their loss of access to their stocks.

In regard to Reddit, one community called “r/wallstreetbets”, people were actively discussing the GameStop stocks squeeze. As well as reddit, many people used twitter as an outlet to discuss the changes with fellow investors.

How could a Student benefit from this situation?

As a student, we are not allowed to make a trading account till we are 18, but a lot of classmates I know have invested in the market with their parents. Knowing how the stock market works and the ins and outs of situations like the current market can set us up for potential success if we choose to participate in the market in the future.